Country singer, Parker McCollum is making a stop on his Spring Tour at the Donald L. Tucker Civic Center on February 23rd.

Parker McCollum has had one of the biggest breakout years of any Country music newcomer. His drive to be on-stage in front of fans doing what he loves has made McCollum the consummate performer. Now, McCollum is announcing dates for his upcoming headlining 2023 Spring Tour, co-produced by Live Nation and Emporium Presents. The upcoming Spring 2023 tour will feature fan-favorite tunes and bring along a roster of rising Country stars including Corey Kent and Catie Offerman. 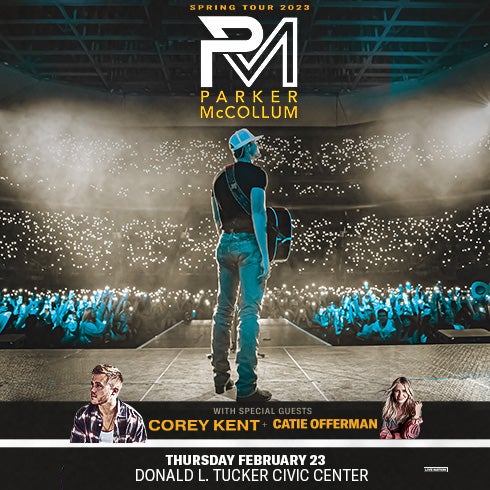