During 2009, The Avett Brothers made mainstream waves with their major label debut, I and Love and You. It landed at #16 on the BillboardTM 200, #8 on the Digital Albums chart, #7 on the Top Rock Albums chart and #1 on the Folk Albums chart. Along with the album’s release, The Avett Brothers made multiple appearances on late-night television including the Late Show with David Letterman and Late Night with Jimmy Fallon. They followed up in 2012 with their seventh studio album, The Carpenter, which hit #4 on the BillboardTM 200 and was nominated for a Grammy for “Best Americana Album”. 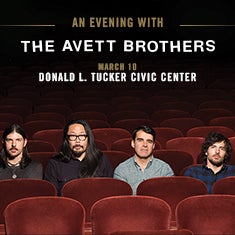