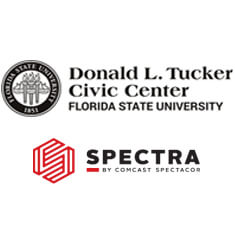 Venues Today Inc. is the leading source of original reporting for live entertainment and events, serving management, owners, and suppliers to music, sports, and meeting venues internationally with an average of 1,500-2,000 venues reporting.

“This recognition is a byproduct of the unwavering dedication of our staff and extraordinary support we receive from Florida State University,” says Spectra’s Ben Weiss, General Manager of the Donald L. Tucker Civic Center. “We are very fortunate that the University continues to make investments into this facility. The positive response from our industry partners is reflected in the volume of entertainment we’ve been able to present.”

One other property Spectra by Comcast Spectacor operates in Florida also made the list, CFE Arena in Orlando, Florida on the campus of the University of Central Florida.

Spectra by Comcast Spectacor is an industry leader in hosting and entertainment, partnering with clients to create memorable experiences for millions of visitors every year. Spectra’s unmatched blend of integrated services delivers incremental value for clients through several primary areas of expertise: Venue Management, Food Services & Hospitality, and Partnerships. Learn more at SpectraExperiences.com.